樂歷培訓｜PNL TRAINING We are committed to providing a wide range of corporate training/team building activities for small, medium, and large enterprises/organizations in Hong Kong

We believe that happiness and advancement are inseparable elements. Whether you are a young person in your early 20s or at the managerial level, you need to be motivated and inspired in the process in order to break through some of the limitations of your thinking. Therefore, we sincerely recommend fun team-building activities and courses for companies/organizations to choose from, so that participants can have fun and breakthrough, thus enhancing their work effectiveness and cultivating good thinking patterns.

PNL Training can deliver corporate training/team building/staff retreats, workshops and activities directly to any location in Hong Kong, making it convenient for companies/organizations in different regions.

LEGO®SERIOUS PLAY® (LEGO® 樂高®認真玩) is an introductory or discussion-based training workshop with a thinking and problem-solving orientation. It can be used as a team/individual problem-solving session. Through playful activities, the "hands" are linked to the "brain", and the minds of the participants are combined to work together to solve existing problems.

There is inevitably friction in the workplace, which can lead to unhappy cooperation between colleagues within the company. Using the various game elements and experiences of adventure, there is a great deal of cooperation added to the process, which requires cooperation and builds team spirit, and even resolves old misunderstandings between employees.

Some of our senior staff have inertia in their ideas and opinions. Circle Painting is a corporate inhouse training activity introduced from the United States, in which all staff's circles are assembled into a piece of artwork to enhance staff's creative thinking, break down old thinking, break down the wall between old and new staff, promote teamwork, and bring about more harmonious and innovative breakthroughs among staff.

Yukigassen is a traditional Japanese ice sport. In Hong Kong, a safe bean bag is used instead of snowballs, similar to WAR GAME , a collaborative game training activity that is safe, exciting and can be played both indoors and outdoors. As an emerging game of attack and defence, Snowball is a fun way to build interpersonal relationships and balance the stress of work during training activities.

We believe that happiness and advancement are inseparable elements, whether you are in your early 20’s or at the managerial level, to break out of the limiting mindset, you need to be motivated and inspired in the process.

Therefore, we recommend a wide range of fun training activities, staff retreats, and courses for our clients to choose from, including New and dynamic sports，Static sports，Team building ，Art workshops，physical and mental activities, and Adventure Training, etc. So that participants can have fun and breakthroughs, thus enhancing their work and developing good thinking patterns. 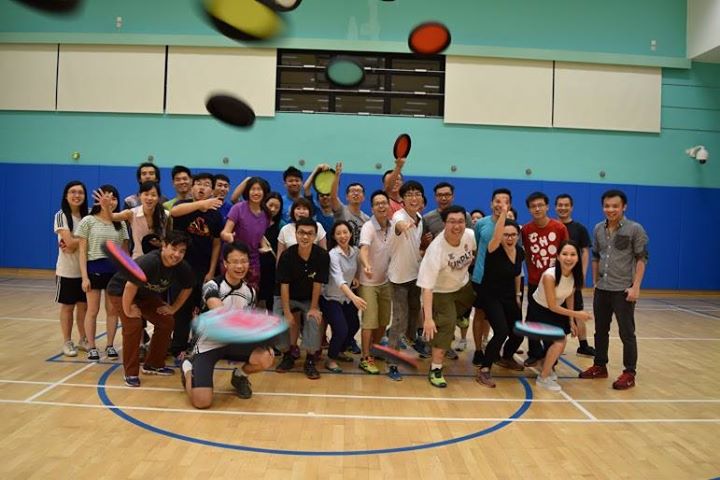 The purpose of corporate training is to enhance staff’s sense of belonging and responsibility to the company/organization. The more training staff receive and the more attractive the activities they experience, the more they will be able to maximize the benefits of human resources, thus creating stronger and greater benefits for the company. 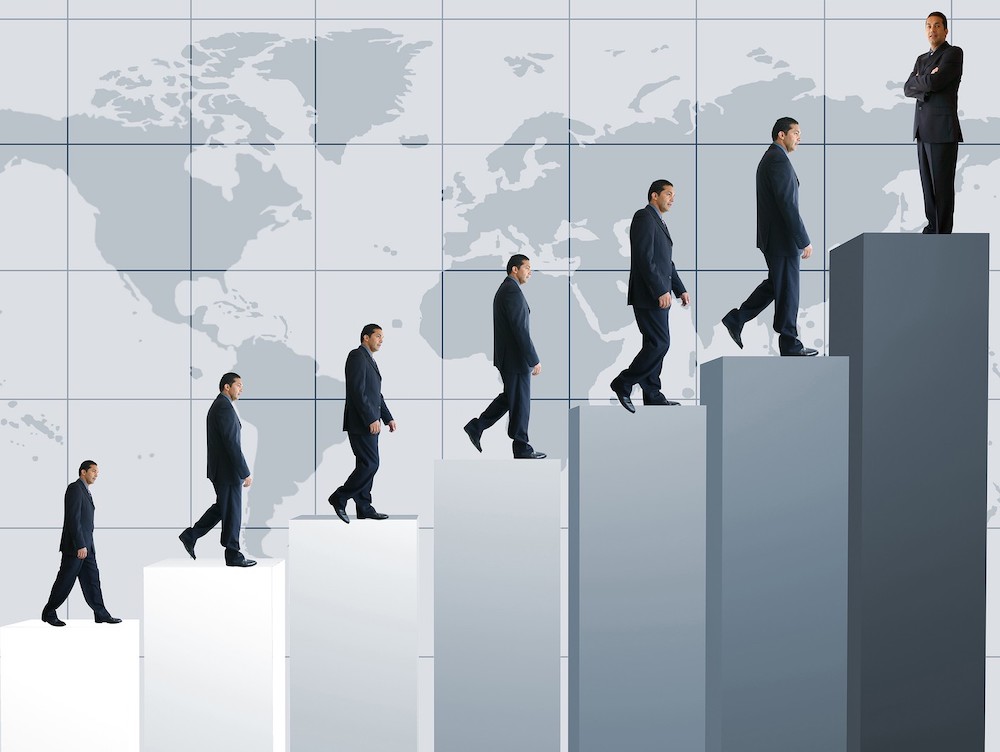 In terms of meeting the needs of business operations, there are four broad purposes for corporate training：

(1) Long-term purpose：
That is, to meet the strategic development of enterprises and the need for human resources and corporate training activities taken.

(2) Annual purpose：
That is, corporate training activities taken to meet the annual business needs of the enterprise for human resources.

(3) Job purpose.：
That is, the corporate training activities taken to meet the knowledge, skills, attitudes and experience required by employees to perform their jobs at a high level.

(4) Personal purpose.：
This is the training provided by the company to meet the needs of employees to achieve their career planning goals.

The meaning of Team Building

In recent years, corporate training has become the latest thing to happen in Hong Kong, and indeed the world. More and more employees of leading companies/organizations are saying “I want training”. We do need training, but corporate training is not just an after-work activity, and it should not be done with the mentality that someone is doing it for me. Corporate training has a different meaning when viewed from different perspectives.

The Meaning of Corporate Training –A Corporate Perspective

Training is probably the most direct, quickest and most economical management solution to the various problems that arise in business operations, faster than figuring them out yourself and more trustworthy than recruiting new staff with the same experience. 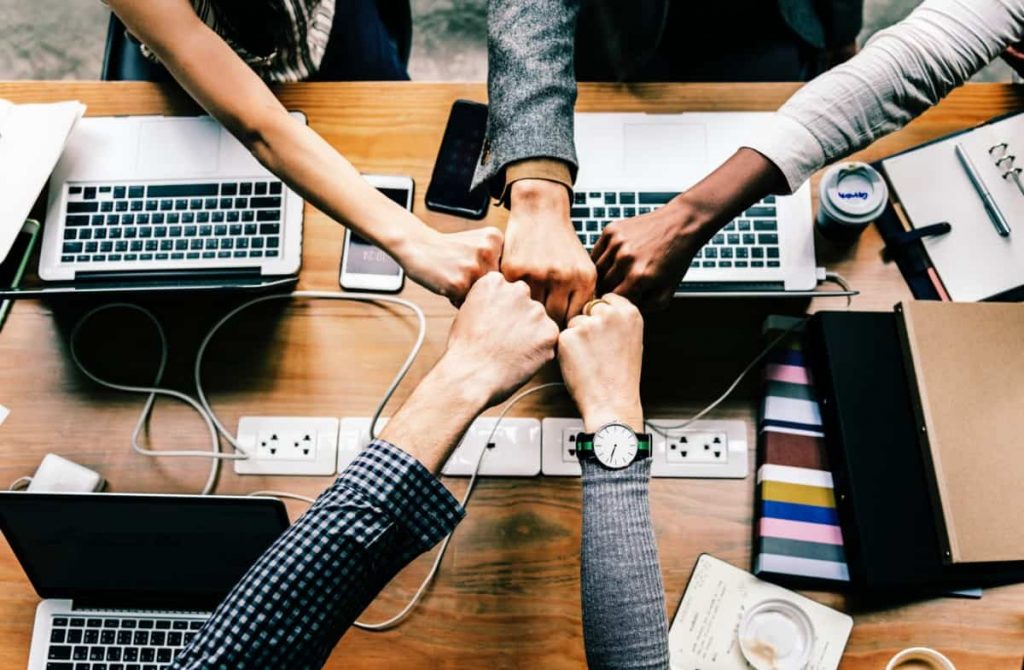 The Meaning of Corporate Training – A Business Manager’s Perspective

2. Improving the quality of work of employees

Corporate training is an effective way to improve the quality of work done by your staff. By participating in different types of training, employees can develop the skills to master the content, analyse and handle incidents, thus enhancing their knowledge of proper work methods and learning to correct mistakes and bad work habits, which will in turn enhance the quality of work and improve productivity over time.

3. Improving the overall quality of staff

Corporate training is effective in improving the ability to develop innovative products or services. It also encourages employees to be aware of market changes and needs, and to develop new products and services, thereby increasing the company’s market share.

Corporate training is effective in improving management content. After the training, the overall quality of the staff will be improved, increasing their confidence and sense of belonging, and they will feel that they are part of the company and take the initiative to cooperate and participate in the management of the company.

Staff team building is the largest participant in training activities/staff retreats, and training staff is the main purpose of training. Therefore, the significance of corporate training to employees is of utmost importance. 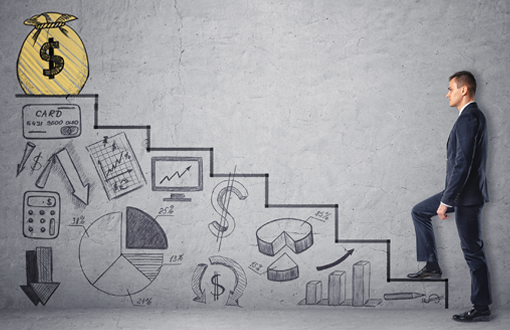 Modern employees are increasingly aware of the importance of self-improvement and are looking at their own skills when changing jobs or changing jobs. Training is one of the most important considerations for employees in choosing a career.

The income of employees is often related to the efficiency of their work and the quality of their work. In order to achieve a better income, company employees must improve and increase their skills at work. The more skills they have, the higher their pay.

From the company’s point of view, in order to train valuable employees, especially those with special skills, very generous conditions are often offered to them. Under normal circumstances, companies do not dismiss these valuable employees. Employees are also rewarded for their training, study, exchange, and study abroad. As a result of the training, the quality and competence of the staff are improved and they will excel in their work in the future and be rehired or promoted by the company. This makes employees more willing to stay with their original company.

4. training to make yourself more competitive in the workplace.

Employees are aware that the future of the workplace is full of competition and that the innovation of skills in the workplace and the large number of new talents joining the workplace every year will always put employees at risk of being eliminated. In the face of competition, training is the most efficient way to learn in order to continuously enhance oneself and learn.

In 1935, a Japanese scholar put forward the “geese theory”, which referred to the phenomenon of industrial decline at that time. Japan was the head of the goose, leading Taiwan, Korea, Hong Kong, Singapore and other East Asian countries. Japan developed some technologies/products first, and when the project was perfected, the industry and technologies would be transferred to other countries/regions for development.

The “Goose Movement Theory” is inspired by the fact that when a flock of geese is released, it will be arranged in a V-shape, with the leader in the middle and at the forefront leading the flock. Whenever the leader gets tired, the last goose will move up and switch places with the leader, thus keeping the group moving forward.

The ‘goose line theory’ can also be applied to the operation of a team in a company. When the leader encounters a bottleneck, the members under his leadership will step in to help, offer advice and use their abilities to take over the role of the leader and solve the bottleneck, just like the ‘geese marching theory’.

Due to the epidemic, the company’s staff are working from home, resulting in little internal communication and contact. Therefore, PNL Training has designed the “Online Team Building Training” in order to solve the problem of employees being able to receive training at home, to strengthen the relationship between employees and promote communication, and to enhance the cooperation of the company team.